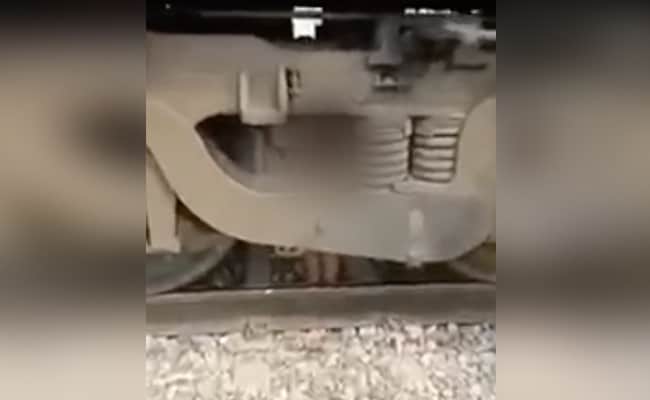 The 2-year-old boy was rescued from beneath the engine of the goods train.

A two-year-old boy in Haryana, pushed in front of a train allegedly by his older brother, miraculously survived, thanks to the driver’s timely action and sheer luck.

The child fell onto the tracks after he was allegedly pushed by a teen believed to be his brother. He had been playing near the railway tracks at Ballabgarh station in Faridabad near Delhi. A goods train happened to be speeding towards him. By the time the driver hit the emergency brakes, the train had already passed over the boy.

Alarmed and in panic, the train driver and his assistant stepped out but to their disbelief, the boy escaped without a scratch. The loco pilot, with help from others, managed to get the boy out from beneath the engine. He was later handed over to his mother.

A detailed account of the incident has been shared by loco pilot Deewan Singh and his assistant Atul Anand in their letter to railway officials, a copy of which is with NDTV.

“We applied the emergency brake the moment we spotted the boy in the middle of tracks. After the train came to a halt, we stepped out of the train and found him stuck beneath the engine. We later rescued him and handed the boy to his mother, ” the letter reads.

A railway official said that divisional railway manager has announced a reward for the loco pilots.