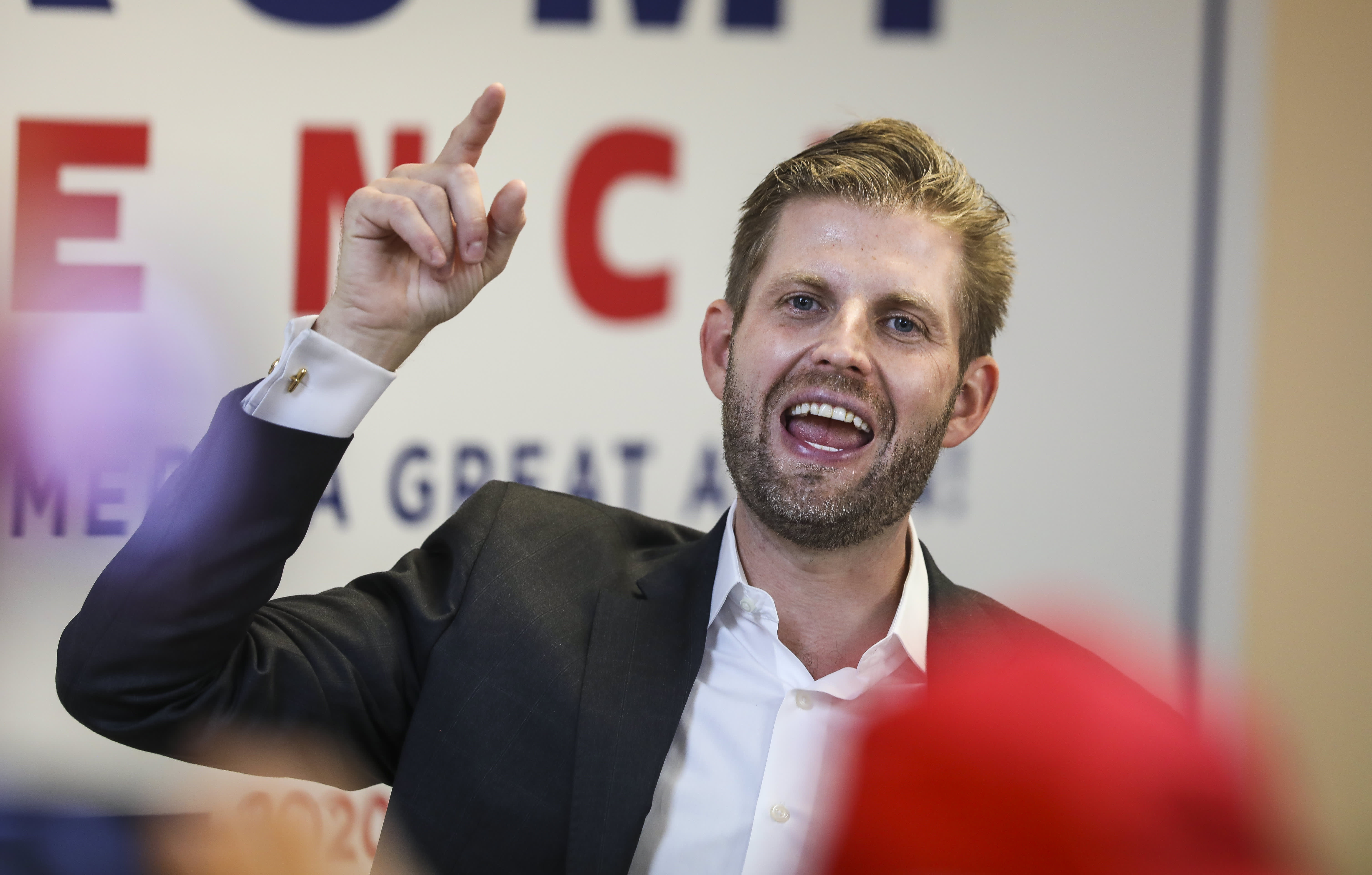 Eric Trump must comply with a subpoena for his testimony in a New York investigation into his family business before the presidential election, a judge on Wednesday ordered.

The president’s middle son must testify as part of the prboe no later than Oct. 7, the judge ordered.

Lawyers for Eric Trump had previously said that he was willing to be deposed as part of the New York attorney general’s probe of the Trump Organization, but only after the Nov. 3 contest between his father, President Donald Trump, and Democratic nominee Joe Biden.

The order from New York Supreme Court Judge Arthur Engoron came after attorneys for the state AG’s office argued that Eric Trump has no right to delay a subpoena for his testimony as part of an ongoing investigation.

“We simply can’t delay compliance for another two months,” one of those attorneys, Matthew Colangelo, said during a video conference before Engoron earlier Wednesday.

James is investigating whether the New York-based Trump Organization improperly inflated the values of several real estate assets on annual financial statements that were used to obtain loans, as well as to get economic and tax benefits related to those properties.

James has said that Eric Trump recently refused to be interviewed despite having agreed to do so.

Eric Trump’s lawyers now say he is willing to be interviewed, but want the sit-down delayed until after the presidential election, in which his father is seeking re-election against Democratic nominee Joe Biden.

“Mr. [Eric] Trump is asking for a further two-month delay … to the middle of november in response to a subpoena that was served in may and where the parties agreed in early june on a date for his attendance,” Colangelo said.

“Mr. Trump shouldn’t be able to profit from his own dilatory conduct here.”

President Donald Trump answers questions from the news media in the Oval Office of the White House in Washington, September 11, 2019.
Leah Millis | Reuters

James launched the investigation into the Trump Organization last year after President Trump’s former personal lawyer Michael Cohen, during testimony to Congress the the president’s annual financial statements inflated the values of Trump’s assets to obtain favorable terms for loans and insurance coverage.

The assets that James is eyeing include Seven Springs Estate, a 212-acre property in Westchester County, New York.

Court filings note that valuations of Seven Springs were used to claim an apparent tax deduction of more than $21 million, based on the donation of a conservation easement on the property.

The Financial Times last year noted that Trump purchased Seven Springs for $7.5 million in 1996, but valued it at more than $290 million in 2012. Forbes magazine in 2014 said that the entire property was worth less than $19.5 million, citing recent property sales and local realtors and assessors.

James’ office also says it is investigating a Trump building at 40 Wall St. in Manhattan, the Trump International Hotel and Tower Chicago,  and the Trump National Golf Club – Los Angeles.

President Trump is fighting a last-ditch legal effort to block a grand jury subpoena issued as part of Vance’s probe, which seeks eight years of Trump’s income tax returns and other financial records from the president’s accountants.

Vance’s office earlier this week said in a federal appeals court filing that the subpoena is more than justified by news reports that have raised the prospect that Trump and his company misstated the values of their business properties at different times.

The filings said that if that is the case, a number of crimes, including ones related to taxes, could have been committed.