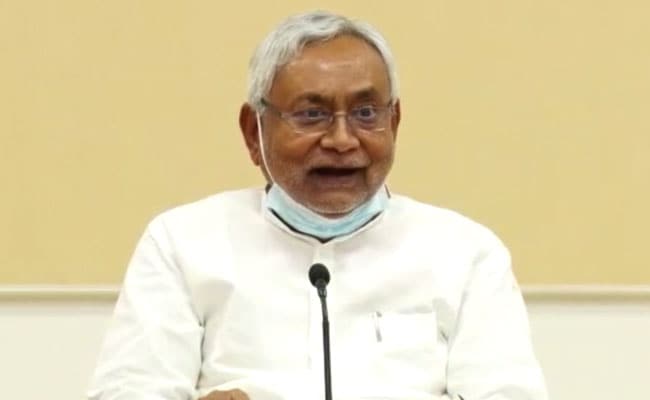 Bihar Chief Minister Nitish Kumar has extended vocal support to the contentious farm bills of ally BJP that has created huge turbulence among farmers and drawn opposition criticism. Breaking his self-imposed boycott of electronic media, Mr Kumar told reporters on Thursday that the countrywide farmers’ protest called on Friday is “completely unnecessary”. Taking a veiled dig at opposition parties that are highlighting the issue ahead of the coming state elections, he accused them of trying to create “misunderstanding” on the issue.

Opposition Rashtriya Janata Dal, which said it “opposes all three anti-farmer laws” is planning demonstrations before all its district headquarters of Bihar on Friday.

Amid farmers’ concerns that not only they, but thousands of people who work in wholesale markets, arthiyas (commission agents) and farm labourers will suffer because of the new laws, Nitish Kumar said that the absence of kisan mandis doesn’t hurt anyone.

Reminding people that it was his government which repealed the Agriculture Produce Market Committee (APMC) Act back in 2006, he said all those who worked there have been accommodated in government jobs elsewhere long ago.

On Tuesday too, Mr Kumar had hailed the farm bills that allow farmers to sell produce directly to private enterprises.  The APMC Act, Mr Kumar said, held back farmers from selling their produce anywhere in the country.

Taking a dig at political rivals, the Chief Minister said, “Some people are saying anything on the two farm bills without having any knowledge about them”.

Today, Mr Kumar said under the current system in Bihar, procurement has improved and it is the PACs  (Primary Agriculture Credit Societies) which are the nodal agencies for procuring food grain from farmers, have brought the turnaround.

Quoting a 2019 study by the National Council of Applied Economics on the agriculture sector, Mr Ramesh said that Bihar’s repeal of the APMC Act has left farmers at the mercy of traders who fix low price for produce and inadequate market facilities.

Bihar abolished the APMC Act in 2006. That is one argument made by the Government in defence of the 2 #FarmBills. But what exactly did that abolition achieve? Here are the FACTS. pic.twitter.com/iKpIb7aayQ

Farmers have also expressed the same concern, saying they are apprehensive of being shortchanged by big corporations. It would not be possible for the government to oversee the thousands of transactions each day, they have pointed out.

The opposition Congress and other like-minded parties have said the bills would benefit corporates at the expense of farmers.

Farmers in Punjab and Haryana, the states where the backlash against the farm bills is the strongest, have planned a strike today.

As many as 31 farmer organisations have joined hands for the ”Punjab Bandh”. Several organisations in Haryana, including the Bharatiya Kisan Union (BKU), said they had extended support to the nationwide strike called by some farmers’ bodies against the bills.