43 Detained After Clashes In Tamil Nadu Over A Murder, Boats Set Ablaze 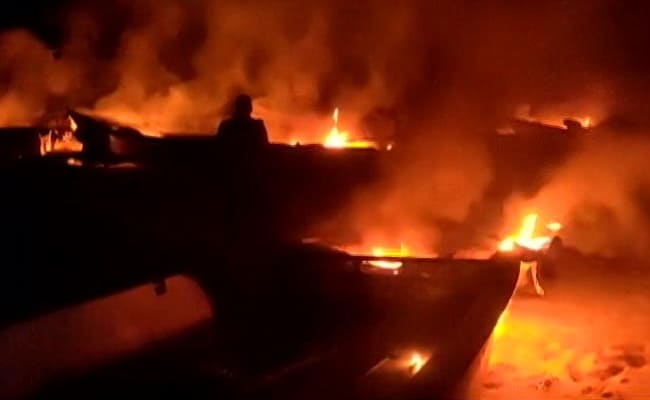 Fishing boats and two-wheelers were set ablaze in Thalanguda village

Forty three people have been detained in Tamil Nadu’s Cuddalore after violent clashes broke out in the district over the alleged murder of a man, the brother of a former local body chief, on Saturday. Fishing boats and two-wheelers were set ablaze in Thalanguda village – videos show them up in flames by the sea as helpless fire tenders are seen throwing sand to put out the fire as fire trucks were unable to move closer to the shore.

Some reports say a few houses too were set on fire. Eye-witnesses say the attackers escaped after torching properties.

Police blame it on political rivalry dating back to local body polls held last year. After a delay of more than three years, local body polls were held for panchayat unions alone in most part of Tamil Nadu in December 2019.

Around 200 police personnel have been deployed for security in the area after the clashes.

Police told NDTV that the situation is currently under control.

“Boats and two-wheelers were set on fire. Previous enmity between both groups appears to be the root cause. We’ve deployed adequate police force and the situation is under control,” Cuddalore SP M Sree Abhinav told NDTV.

This is being seen as the first major violence in the state amid the coronavirus lockdown since March-end. Investigation is on in the case.