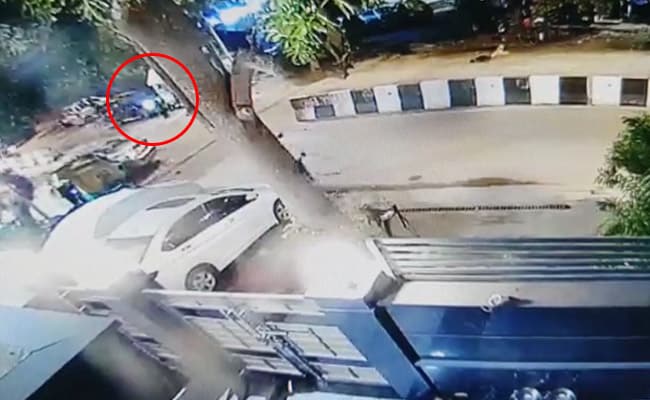 The woman tried to flee the spot and was later arrested by the police.

Four people were badly injured after they were rammed by a 29-year-old woman driving a BMW in South Delhi on Friday night.

The incident took place in Lajpat Nagar’s Amar Colony area around 10 pm and was caught on a security camera across the street.

The woman, who tried to flee the spot and was later arrested by the police, has been identified as Roshni Arora, a fashion designer.

She was released on bail later.

A medical test did not reveal traces of alcohol.

The woman was having ice cream in her car last night when she said she accidentally pressed the accelerator when her dog jumped on her.

The car leaped forward and hit the ice cream vendor and three other people. The cart was flung a few metres ahead by the impact.

The four people are in hospital.