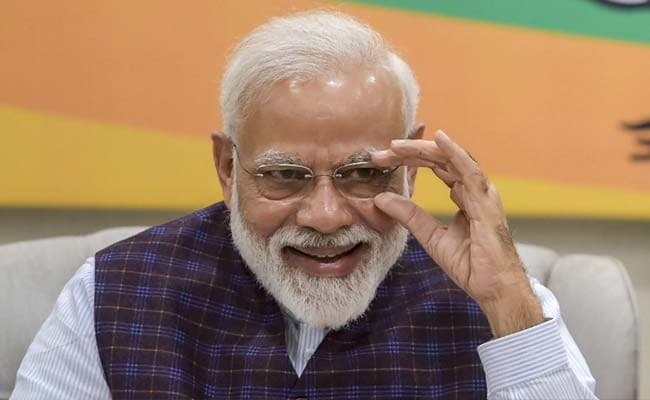 PM Modi personally responded to many of the people who wished him on Twitter. (File)

Prime Minister Narendra Modi on Thursday thanked supermodel and actor Milind Soman for his birthday greetings with a tongue-in-cheek response that earned more than a chuckle on social media.

Mr Soman had wished the Prime Minister “good health and a good and proactive opposition” on his 70th birthday, hoping that they would push him to do better for the country.

The Prime Minister’s response came laced with wit and appended with a smiley-face emoji.

Thank you for your birthday wishes and wishful thinking. 🙂 https://t.co/cnit2tfVvD

The reply collected thousands of likes and retweets on Twitter within hours.

The lack of a strong opposition and the absence of any alternative to PM Modi has been one of the enduring narratives pushed by the BJP since the collapse of the Congress in the 2014 national elections.

With the opposition party yet to convincingly bounce back from the debacle, the BJP has been able to drive its long-standing agendas through parliament without much friction.

A weak and often-disunited opposition has allowed the government to clear contentious moves like the new citizenship law and amendments to the Right to Information Act.

While his political opponents have kept up piercing attacks on public forums, little of it has found traction among voters and the Prime Minister is widely seen as the most popular politician in the country.

Even a steady slide in economic growth, rising unemployment and growing discord with neighbouring countries have failed to alienate the BJP leader’s huge following.

PM Modi, who began his second term last year, marked his 70th birthday on Thursday with greetings from across the political spectrum as well as a number of world leaders.

He personally responded to many of the people who wished him on Twitter, from Congress leader Rahul Gandhi to actor Kangana Ranaut.