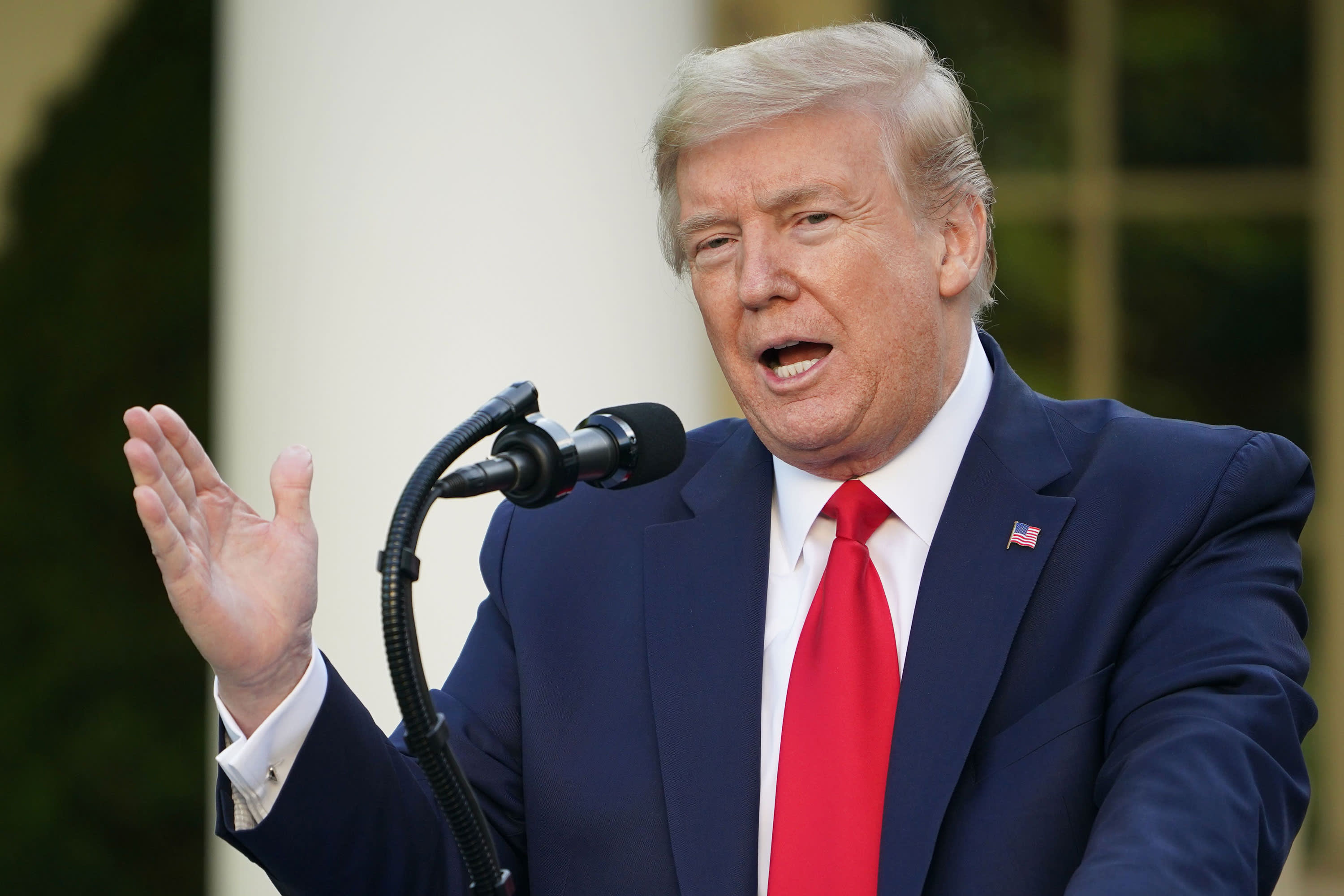 WASHINGTON  – The Trump administration unveiled a new strategy Monday to help states ramp up their capacity to test for coronavirus, claiming most of its work is done, according to new documents.

The two documents obtained by NBC News include a testing “overview” and a testing “blueprint.”

“We’re deploying the full power and strength of the federal government to help states, cities, to help local government get this plague over with,” Trump said when he formally announced the plan at a news conference in the Rose Garden on Monday afternoon.

The first document, the testing overview, largely serves as a defense of the administration’s widely criticized handling of the coronavirus testing since the start of the epidemic. It outlines eight responsibilities that it says belong to the federal government, and claims to have already completed seven of these.

The other document, a testing “blueprint,” describes what it calls a “partnership” between states, the federal government and the private sector. The partnership it describes leaves the lion’s share of responsibility for funding, designing and executing a coronavirus testing plan to individual states.

Trump is also expected to announce Monday that the federal government is prepared to send all 50 states enough tests and testing materials to screen at least 2% of the population of each state per month. The Wall Street Journal first reported on the new federal testing efforts.

Before heading out to the Rose Garden, Trump told reporters in an Oval Office briefing that the plan is aimed at expanding testing, particularly in African American and Hispanic communities.

The ability to repeatedly and widely test at-risk populations is the cornerstone of any responsible plan to reopen the nation’s economy. The president has called on states to lift stay-at-home orders and reopen, but most governors still think it is too early.

Trump’s critics have zeroed in on the nationwide shortages of effective coronavirus tests, testing supplies, and labs able to process test results as a central failure of the federal government’s response to the deadly pandemic.

Trump has angrily rejected this criticism, however. “States, not the Federal Government, should be doing the Testing,” he said in a tweet last week.

Monday’s new documents underscore the limited role Trump wants the federal government to take in expanding testing, despite their repeated mentions of “partnering” with states.

As several states formally begin reopening this week, the ongoing lack of testing capabilities is one of the key factors keeping many families, employers and institutions from resuming business as usual, even though stay-at-home orders have officially been lifted.

Health experts warn that the virus is likely to persist through the fall and winter, when flu season normally begins.

Testing 2% of people in each state monthly would be a major jump – roughly 1.6% of the U.S. population has been tested in total so far, according to the Covid Tracking Project.

Yet some experts say America needs to perform closer to 20 million to 30 million tests a day to begin getting the economy back to normal.

There are more confirmed cases of Covid-19 in the United States than in any other country: More than 972,900 infections and at least 55,118 deaths have been confirmed, according to data from Johns Hopkins University.

The outbreak, which originated about four months ago near the city of Wuhan in China’s Hubei province, has prompted U.S. states to impose strict social distancing policies in an attempt to slow the spread of the disease. Those rules — closing nonessential businesses and ordering residents to stay home — have led to a devastating economic rout.