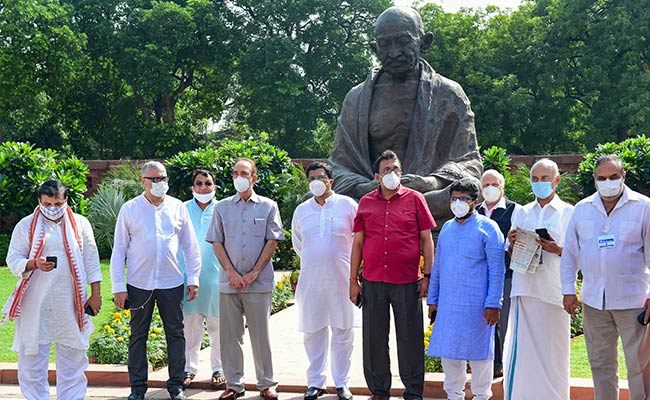 A number of opposition parties led by the Congress staged a walkout from the Rajya Sabha.

New Delhi: The opposition has boycotted parliament, walking out of the Lok Sabha hours after a similar move in the Rajya Sabha, in protest over the farm bills and till three key demands, as well as a “request” to revoke the suspension of eight members, are met. Congress leader Ghulam Nabi Azad made the declaration today in the Upper House amid high drama for a third straight day. The suspended members continued their sit-in on the lawns of the parliament complex till about 11.30 AM after spending the night there in protest. They were suspended over chaos and “unruly behaviour” in the Rajya Sabha on Sunday when two controversial farm bills were passed. The Rajya Sabha Deputy Chairman is at the heart of the protests; the no-confidence motion against him was rejected yesterday by Chairman Venkaiah Naidu.

Here are the top 10 updates on this big story: