“Sushant Was A Balanced Person, Couldn’t Be Suicidal”: Ankita Lokhande 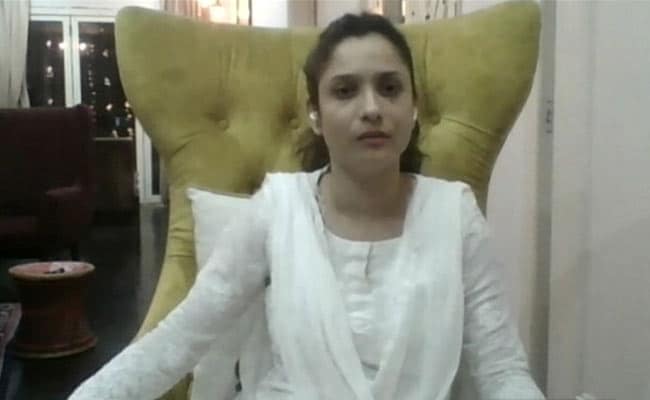 Sushant Singh Rajput was a balanced person and he couldn’t have had suicidal tendency, his former girlfriend and co-star Ankita Lokhande told NDTV in an interview. The actor used to remain happy and would compartmentalise his life in five-year goals, she said. Mr Rajput was found dead in his Mumbai apartment in June; police said he died by suicide.

Ms Lokhande and the actor starred in popular television show “Pavitra Rishta” and dated for years before breaking up.

“Sushant didn’t have suicidal personality. When he was with me, he used to be happy, he used to keep me happy. He was a very balanced person,” Ms Lokhande said.

Sushant always got what he wanted from his life, she reminisced.

“He used to plan his life according to his five-year goals. He used to write down his dreams. And after five years, he would always get what he wanted,” she added.

Ms Lokhande said it is difficult for her to believe that he died by suicide as she knew the actor well.

“I had been with him for seven years so I know what his dreams were, how passionate he could be. So, it is very difficult for me to believe (that he died by suicide),” she added.

The Mumbai Police have been investigating if Mr Rajput was suffering from depression and had been pushed over the edge after being sidelined in the film industry because of nepotism and cliques. Rhea Chakraborty, who was reportedly dating him, was among some 40 people questioned by the police.

Earlier this week, Sushant’s father filed an FIR in Bihar against Ms Chakraborty for allegedly  transferring money from his account and mentally harassing him.

Ms Chakraborty later moved the Supreme Court, urging that the complaint be transferred to Mumbai from Patna.

“I have immense faith in god and the judiciary. I believe that I will get justice. Even though a lot of horrible things are being said about me on the electronic media, I refrain from commenting on the advice of my lawyers as the matter is sub-judice,” she said in a video released by her lawyer on Friday.

The Enforcement Directorate, which investigates financial crimes, has filed a money-laundering case on Friday over what it called “suspicious transactions” worth Rs 15 crore.