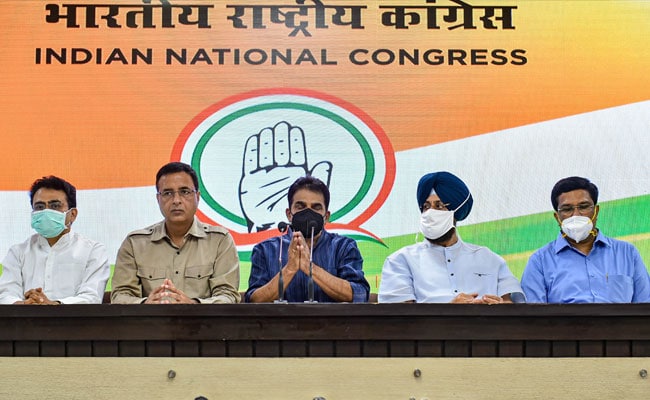 The Congress on Sunday questioned the actions of the Rajya Sabha deputy chairman, accusing him of seemingly colluding with the ruling BJP and denying the fundamental rights of members for a division of votes, after two controversial farm bills were cleared by parliament amid an unprecedented uproar.

In a piercing attack on Rajya Sabha Deputy Chairman Harivansh Singh after Sunday’s stormy proceedings, the Congress said he passed the bills in a hurry without letting the opposition have its say and not allowing them a division of votes for the amendments suggested.

Around 47 members of opposition parties moved a no-confidence motion against Mr Singh who had the two bills passed through a voice vote even as some lawmakers raised slogans, tore documents and tried to grab the speaker’s microphone in Rajya Sabha.

“Without taking the sense of the house, within a second the deputy chairman went for passing this bill. We didn’t see such a practice from any house so far. We didn’t understand such a movement from deputy chairman… The fundamental right of a member has been curtailed,” Congress Rajya Sabha member KC Venugopal said at a news briefing on Sunday evening.

A no-confidence motion against the deputy chairman is a first in parliament and the convention is that Mr Singh should not preside over house sessions till the matter is settled. The opposition parties also allege that he “packed the house with security personnel deliberately designed to overawe and outnumber the Members of the Opposition”.

Mr Venugopal condemned the government as well. “I witnessed the press conference by honourable Rajnath Singh and five of the ministers. They are totally justifying deputy chairman’s actions and attitudes. That was also very unfortunate,” he said.

The new agricultural bills have faced strong protests from the opposition and from farmers, especially in north India, who say they will hurt their earnings. The government, however, maintains that they will make it easier for farmers to sell their produce directly to big buyers.