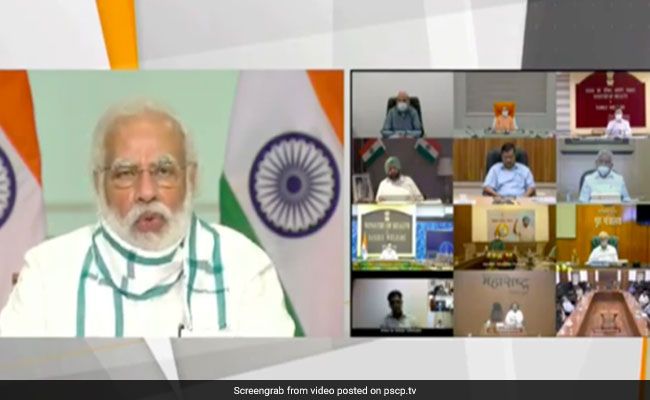 Prime Minister Narendra Modi is meeting via video conference the Chief Ministers of seven states with the highest number of coronavirus cases in the country.

These states are Maharashtra, Andhra Pradesh, Karnataka, Uttar Pradesh, Tamil Nadu, Delhi and Punjab. More than 63 per of the active cases in the country are concentrated in these seven states, according to officials quoted by news agency PTI.

India has over 56.46 lakh coronavirus cases and more than 90,000 deaths and is the world’s second worst-hit after the US.

State health ministers are also attending the meeting that began a short while ago.

Other than Punjab and Uttar Pradesh, the case positivity rate of these states has also been seen to be above the national average of 8.52 per cent.

Maharashtra continues to be the worst-affected state in the country with over 12.42 lakh active cases and more than 33,000 deaths.