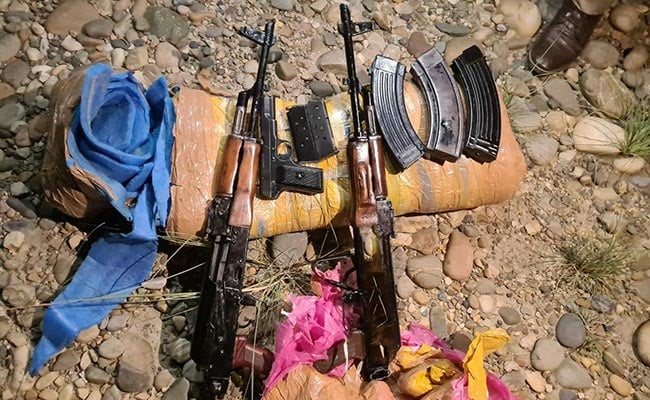 Pakistan is using drones to dump weapons like AK-47s across the Line of Control at night, the Jammu and Kashmir police said today, revealing that assault rifles and a pistol had been found at a village in Akhnoor.

Based on specific inputs that weapons were air-dropped by a Pakistani drone at a village at night, Jammu and Kashmir police searched the area. Two AK assault rifles, a pistol, three AK magazines and 90 rounds were seized, the police said.

Two consignments of arms and ammunition have been recovered in Akhnoor, which is around 12 km from the border. The weapons were meant to be handed over to terrorists in the Kashmir Valley, said the police.