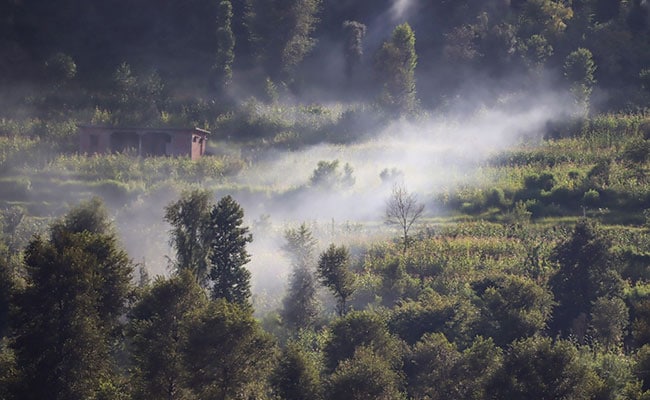 The Army has given a “befitting reply” to the ceasefire violations, the government has said (File)

There have been 3,186 ceasefire violations by Pakistan along the LoC (Line of Control) in Jammu over the past eight months (from January 1 to September 7), the government told Parliament this week.

This is the highest number in a year for 17 years – since the 2003 Ceasefire Agreement was brokered by then Prime Minister Atal Bihari Vajpayee.

In addition, there were also 242 incidents of cross-border firing (from January 1 to August 31), in the Jammu region, along the international border with Pakistan, Shripad Naik, Minister of State for Defence, said in the Rajya Sabha.

“Appropriate retaliation” was carried out by the Indian Army, the minister further said, adding that all violations had been taken up with Pakistani authorities through established channel and protocols.

Eight Army personnel died for their country during the ceasefire violations this year and two others were injured. A large number of innocent civilians – men, women and children – were also killed, and a number of houses and buildings have been destroyed.

On Friday evening a woman living near the LoC was injured after Pakistan resorted to heavy firing. Earlier, there was a heavy exchange of firing, including the use of mortar, from the Gurez sector in north Kashmir.

The number of ceasefire violations this year have slowed down marginally in the face of a global Covid pandemic, which has affected over three lakh people in Pakistan and more than 53 lakh in India.

Up to June this year 2,432 ceasefire violations were recorded, sources told NDTV, describing the unprovoked attacks as “in contravention to the 2003 ceasefire understanding”.

Hostilities between the two countries have also increased following the government’s decision in August last year to withdraw special privileges to Jammu and Kashmir and bifurcate the former state into two union territories.

Across 2019 there were only around 2,000 ceasefire violations.

Pakistan’s violations also come at a time when there is tension along the Line of Actual Control (LAC) with China.

A violent stand-off with the Chinese led to 20 soldiers laying down their lives for India in eastern Ladakh’s Galwan valley on June 15. Over 40 Chinese soldiers including senior personnel were killed or injured, sources told NDTV.

Multiple talks at military, diplomatic and ministerial levels have, so far, failed to resolve the issue. The foreign ministers met in Moscow and hammered out a five-point plan to defuse the tension.

With input from PTI