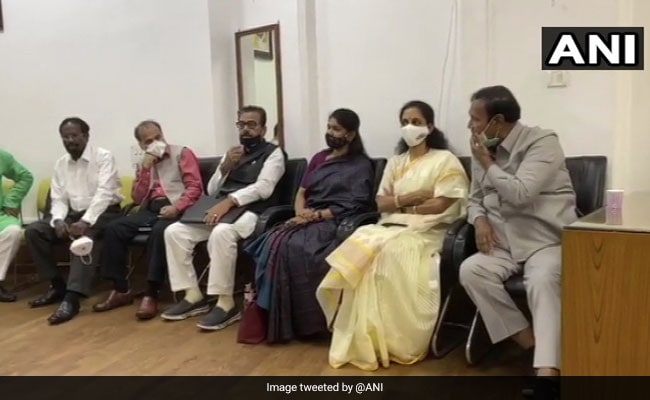 The opposition leaders protested in parliament on Tuesday.

On Tuesday, opposition leaders boycotted parliament in protest over the three bills related to the agriculture sector and suspension of eight MPs over chaos and “unruly behaviour” in the Rajya Sabha on Sunday.

Amid high drama for the third day in a row, Congress leader Ghulam Nabi Azad had spelt out three demands linked to the minimum support price (MSP) of crops on behalf of the opposition.

The government should bring a bill which ensures private players don’t procure food grains below the MSP fixed by the government, MSP be based on the recommendations of the MS Swaminathan committee report and the Food Corporation of India should ensure that crops are procured from farmers at the fixed MSP, he had stressed.

The opposition also demanded revocation of suspension of the eight Rajya Sabha members, including Trinamool Congress’s Derek O’Brien, Aam Aadmi Party’s Sanjay Singh, Congress’s Rajeev Satav and CPM’s KK Ragesh. The suspended members continued their sit-in on the lawns of the parliament complex on Tuesday till about 11.30 AM after spending the night there in protest.