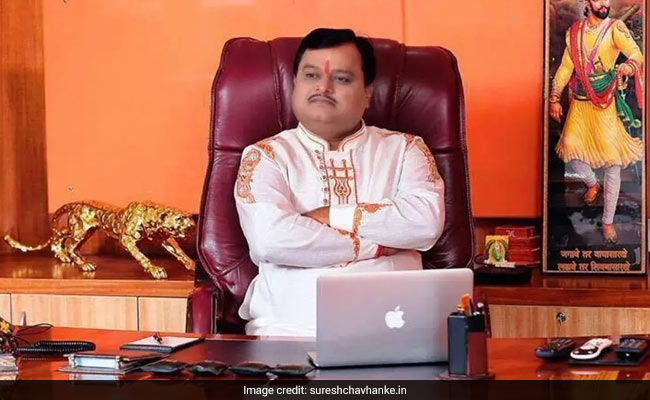 Sudarshan News today said it will file an affidavit by the end of this week after the Supreme Court criticised it over its “Bindas Bol” show, which claimed a “big expose on conspiracy to infiltrate Muslims in government service”. The channel’s head Suresh Chavhanke had also coined the term “UPSC jihad“, short for Union Public Service Commission, which conducts a highly competitive exam for top-level bureaucracy jobs.

The channel’s response came on a question by Justice DY Chandrachud, who asked what Sudarshan News plans to do “to assuage apprehensions” of the Supreme Court over the content that was seen as incendiary.

“We do not want to come in the way of journalism. We know as a court what happened during the Emergency. So we will ensure free speech and ideas. We don’t want to do censorship. We are not the censor board. We want your client to come to us and tell us how he wants to assuage our apprehensions,” Justice Chandrachud said.

“While we respect freedom of media, let this message to go to the media as well that any community shouldn’t become a target. Ultimately, we all exist as a nation, which must be cohesive and not against any community,” Justice Chandrachud said, referring to the show run by Mr Chavhanke, whose website says he joined the BJP’s ideological mentor Rashtriya Swayamsevak Sangh as a “bal swayamsevak“.

In a separate affidavit filed with the Supreme Court, Sudarshan TV has said it has no ill-will against any community or any individual, and the programme concerns a matter of national interest.

The Supreme Court, however, told the channel to explain its position clearly in the face of content that was seen as casting aspersions on an entire community.

“The programme shows grave disrespect to this community. Everyone wants to be at the power centre. What you are doing is that you are marginalising those who should be brought to mainstream. By doing this, you will be driving them in the wrong hands. Where are we headed?” Justice KM Joseph said.

“Besides Muslims, there are Jains. My law clerk underwent the course funded by Jain organisations. Christian organisations fund their candidates. Everybody wants to be a part of the power centre. All communities want a part of the slice of the power centre cake. You have put up a cocktail of various factors but at the bottom you are maligning an entire community,” Justice Joseph said.

The Supreme Court also criticised the News Broadcasters’ Association or NBA as “toothless” for not doing enough to check incendiary content being aired across the country. The NBA had said it works only with its members and Sudarshan News was not its member.

“We also make channels apologise on prime time. We are not toothless. Several Supreme Court and high court judgements commend our regulations,” the lawyer appearing for NBA said.

“Are you able to control it?” Justice Chandrachud said.

“It has improved significantly, but many (channels) are not our members,” the lawyer said.

The court then told the NBA to suggest how the association can be strengthened so that it gets a better regulatory ability. “You have a few members and it impedes your ability to regulate. You need to tell us how it can be strengthened,” Justice Chandrachud said.

The matter will be heard next on Monday.