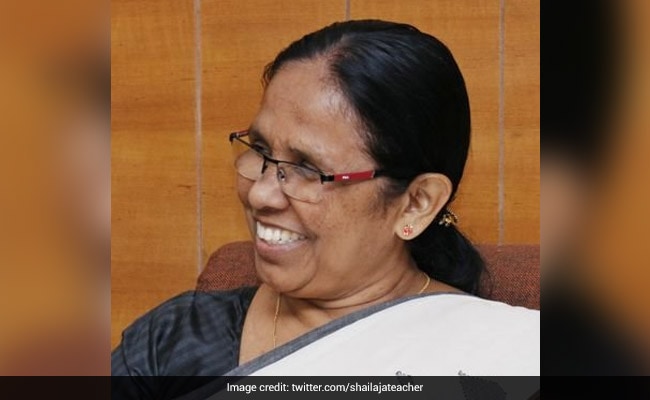 KK Shailaja said the award was a recognition of the tireless service of Kerala in the health sector.

Kerala has won a United Nations award on Thursday for its “outstanding contribution” towards the non-communicable diseases-related sustainable development goals.

The award recognises achievements during 2019 on the multi-sectoral action in the prevention and control of NCDs, mental health and the wider NCD-related sustainable development goals (SDGs).

Health Minister KK Shailaja said the award was a recognition of the tireless service of Kerala in the health sector.

“The state government has arranged facilities from the basic public health centres to hospitals at all levels to treat the lifestyle diseases,” Ms Shailaja said in a statement. “We were able to control the death rate during the COVID-19 period as we were able to focus on the NCDs.”

She congratulated all the health workers for the achievement of the state.

This is the first time the state has been recognised for this annual award. Kerala is among the seven ministries of health across the world.

The state government release said the award was a recognition of the lifestyle disease control mechanism in Kerala, and the treatment and free services received by a large section of the population.

“In addition, the state-of-the-art lung disease control program, cancer treatment program and paralysis control program were also considered for the award,” it said.