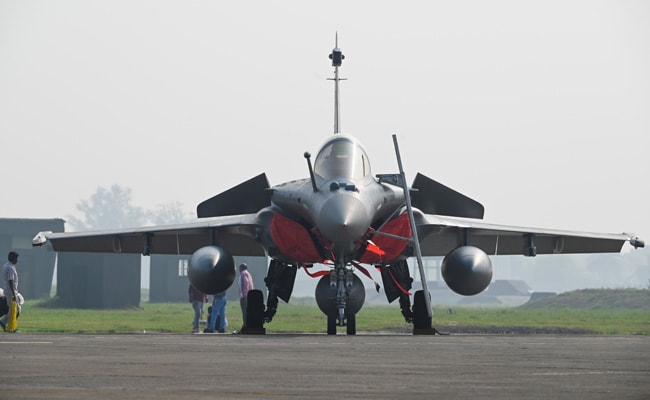 Rafale offset: The CAG has given a report on Dassault Aviation’s obligation to DRDO.

The Comptroller and Auditor General of India has sharply criticised the Defence Ministry’s policy for offsets, which also governs the deal with France for 36 Rafale jets made by Dassault Aviation. The French firm has so far not made good on its offset obligation to the Defence Research and Development Organisation, the national auditor said in a report.

Under the offset policy, a certain percentage of the deal value with foreign firms should flow into India as foreign direct investment or FDI, which would eventually include technology transfer, local manufacturing of advanced components and creating jobs.

“In the offset of four contracts relating to 36 Medium Multi Role Combat Aircraft (MMRCA), the vendors Dassault Aviation and MBDA initially proposed (September 2015) to discharge 30 per cent of their offset obligation by offering high technology to DRDO,” the Comptroller and Auditor General or CAG said in the report tabled in parliament, referring to the Defence Research and Development Organisation.

“DRDO wanted to obtain technical assistance for indigenous development of engine (Kaveri) for the Light Combat Aircraft. Till date the vendor has not confirmed the transfer of this technology,” the CAG said. The policy of offsets has “not yielded the desired result,” the top auditor said.

“The (Defence) Ministry needs to review the policy and its implementation. It needs to identify the constraints faced by the foreign suppliers as well as the Indian industry in leveraging the offsets, and find solutions to overcome these constraints,” the report said.

Dassault Aviation has said it will eventually meet its offset obligation, which has slowed down in the last few months due to the coronavirus crisis. India’s deal with France for 36 Rafale jets is worth Rs 58,000 crore. Five of the multirole jets have been inducted into the Indian Air Force.

The DRDO has been involved in the Light Combat Aircraft (LCA) programme since the project began over three decades ago. The homemade Kaveri engine had been developed to power the small delta-wing fighter jet, but the engine couldn’t give the kind of performance and thrust that were planned for the LCA. Eventually, the Kaveri engine project was shelved and India chose an engine made by American firm GE.

During the Rafale negotiations, France agreed to help India work on an upgraded Kaveri engine with better thrust that can potentially replace the American engine.

The matter of defence offset was also hammered by the Congress, whose leader Rahul Gandhi had made the Rafale deal an issue in his party’s campaign for the general elections in 2019.

The BJP-led government signed the Rs 58,000 crore deal in 2016 to buy 36 Rafale jets from France after a nearly seven-year exercise to buy 126 MMRCA for the Indian Air Force failed during the Congress regime.