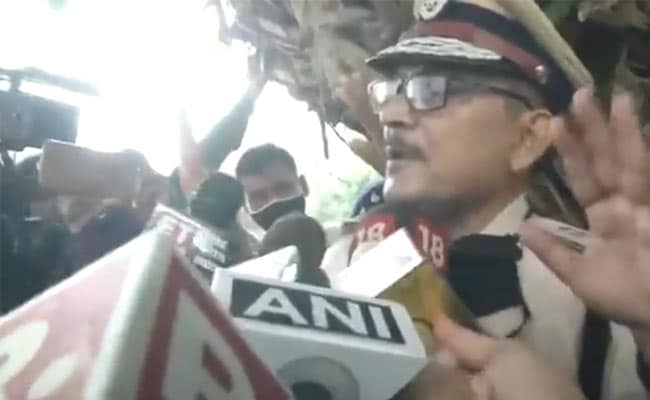 Bihar will soon have a new police chief as incumbent Gupteshwar Pandey — who recently made headlines in connection with the case involving the death of actor Sushant Singh Rajput — has applied for voluntary retirement. It is believed that Mr Pandey has decided to take the plunge into politics after getting a go ahead from Chief Minister Nitish Kumar.

Mr Pandey refused to say much on the matter, except that he is yet to put in his papers.

Sources, however, confirmed that his application was forwarded on Tuesday evening and a formal notification accepting it will be issued soon by the Ministry of Home Affairs.

Sources also said Mr Pandey is likely to contest as the NDA candidate either from Buxar town or any other seat in the district.

In the news sometimes for his controversial statements, Mr Pandey had never concealed his political ambitions. In 2009, he had tried to get a ticket from the Buxar parliamentary constituency, but failed. Later, following the intervention of Chief Minister Nitish Kumar, he came back in service.

Mr Pandey was instrumental in the Bihar government’s push in the Sushant Singh Rajput case after his family alleged the complicity of his friend Rhea Chakraborty. Ahead of state elections in Bihar, the matter had taken a deep political turn.

After the Supreme Court order allowed the transfer of the case to the CBI, the Bihar police chief had declared that Rhea Chakraborty “does not have the aukat (stature)” to comment on the Chief Minister, referring to her remarks in the top court about the political angle.

“What the police did was correct, and according to legal and constitutional provisions,” he told reporters.

He, however, amended the statement after public outrage, saying what he meant was that Rhea Chakraborty, as an accused in the case, had no right to criticise the Chief Minister.

In earlier statements to the media, Mr Pandey had admitted that the case had turned political and said that it was “unfortunate” that “allegations were being leveled against Chief Minister Nitish Kumar”.