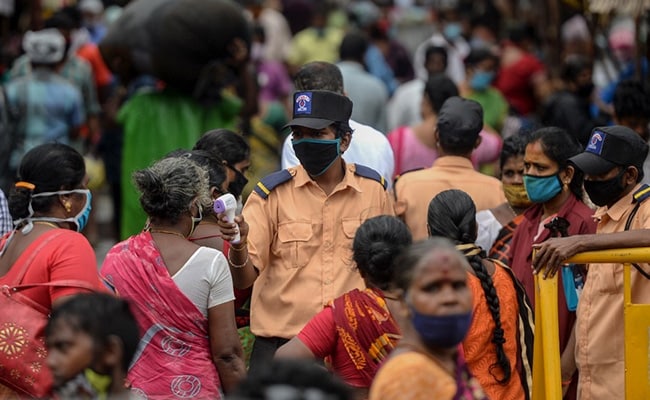 Andhra Pradesh on Friday surpassed Delhi to become the third worst coronavirus-hit state in the country. The state has added over 30,000 cases to its tally in the last three days, taking its total of those infected by the deadly virus to 1,40,933, including 1,349 fatalities.

The national capital, which remained on the third spot behind Maharashtra and Tamil Nadu for weeks on the list, added 1,195 cases, taking its total to 1,35,598.

The infection positivity rate in Andhra Pradesh shot up to 7.22 per cent due to the abnormal spurt in the number of cases in the last three days when it added 30,636 cases.

As many as 3,822 patients recovered and were discharged from hospitals in a day. Overall, the state now has 75,720 active cases after 63,864 were cured, the bulletin added.

As per government data, the state completed 19,51,776 tests so far at the rate of 36,550 per million population, news agency PTI reported.

Deputy Chief Minister (Health) AKK Srinivas had recently said the prime reason for the severe spurt in number of cases was the “extensive” COVID-19 tests being done in the state.

Delhi had been a major cause for concern as it reported close to 4,000 daily cases in June for several days. The spurt of cases had also posed a severe logistical challenge before the AAP government to arrange for hospital beds.

However, as the number of COVID-19 patients drastically reduced with low daily numbers and high recovery rate, the Delhi government says it has surplus beds.

The Delhi government, to revive its economy, had allowed hotels reopen from Saturday and a one-week trial for the weekly markets in the city as part of “Unlock 3” but the decisions were vetoed by Lt Governor Anil Baijal on Friday.

With inputs from PTI