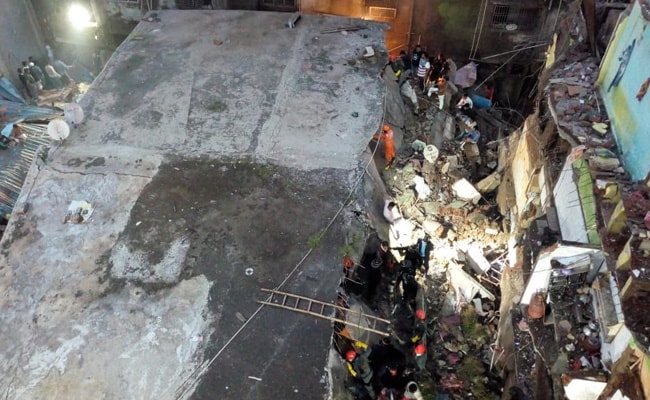 The multi-storey building in Bhiwandi collapsed reportedly around 3:40 am.

Ten people were killed and around 25 were feared trapped after a three-storeyed building collapsed in Bhiwandi near Mumbai early this morning.

As per the initial information, 31 people have been rescued from the rubble of the building in Patel Compound area. A child was among the 11 people rescued by National Disaster Response Force (NDRF) officials.

At least 20 people have been rescued by locals after the building collapsed reportedly around 3:40 am.

The NDRF, fire brigade and police teams are carrying out recue efforts.

“The number of deaths have risen to eight in Bhiwandi building collapse incident,” Thane Municipal Corporation spokesperson was quoted as saying by news agency ANI earlier in the day.

Around 20 families were reportedly staying inside the building which was reportedly 40 years old.